Thank you for your patience while we retrieve your images.

Fort Pike is a decommissioned 19th century fort which formerly guarded the Rigolets pass into Lake Pontchartrain (New Orleans, Louisiana) against British reinvasion of the United States. No cannon was ever fired in battle at this location. It is also reported that Seminole Indian prisoners were kept here after being captured, and before being sent further west.

I love the repeating archways, the texture, patterns and the depth. It even had a little wildlife to capture. 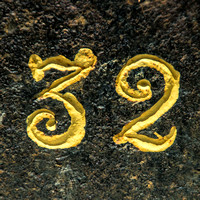